Nyingtik teachings are the teachings of the «Heart Essence» of Dzogchen. They were given to sambhogakaya Vajrasattva by dharmakaya Samantabhadra. Nirmanakaya Garab Dorje who received them from Vajrasattva introduced them to our world. From then onwards these teachings were passed down the lineage by Indian teachers. They appeared in Tibet as two lineages: Vima Nyingtik brought by Vimalamitra for scholars and Khandro Nyingtik brought by Padmasambhava for practicing Yogis. Longchenpa who became a holder of both lineages in XIV century expounded them as Nyingtik Yabshi (‘The Four Parts of the Nyingtik’) and Zabmo Yangtik (‘The Profound Quintessence’). The Nyingtik teachings are very broad and comprise various categories of texts including seventeen main and two additional Dzogchen Tantras and many agamas and upadeshas (commentaries and pith instructions on tantras).

Extensive and profound cycle of Dzogchen teachings called ‘Lonchen Nyingtik’ was revealed as terma in XVIII century by a great scholar and terton Jigme Lingpa. ‘Longchen Nyingtik’ means ‘Heart Essence of the Vast Expanse’ and includes teachings and sadhanas.

In one of Jigme Lingpa’s previous births as king of Tibet Trisong Detsen, Padmasambhava gave him these teachings and prophesied that he would reveal them in his future birth as mind terma.

At the age of 28 during his three-year retreat in Pelri, Central Tibet, Jigme Lingpa in pure vision was transported to Jarung Khashor stupa (Boudhanath, Nepal) where the dakini gave him a casket with yellow terma scrolls. Following her instruction, Jigme Lingpa kept these teachings secret and was practicing them for seven years.

In the meanwhile he made another three-year retreat during which he had three visions of Longchenpa, a prominent teacher and holder of Nyingtik lineages who lived in XIV century. During the first vision Lonchenpa gave him blessing of the body and all his teachings. In the second vision he gave Jigme Lingpa the blessing of speech and entitled him to hold and pass these teachings. During the third vision Jigme Lingpa’s mind merged with Longchenpa’s and their realization and knowledge became totally identical. Lonchenpa told Jigme Lingpa that the time was ripe for passing Longchen Nyingtik teachings. One of the first to receive them was Jigme Gyalve Nyugu, a close disciple of Jigme Lingpa. He later revealed them to his disciple, the first Patrul Rinpoche. Subsequently, Longchen Nyingtik lineage spread all around Tibet and nowadays even beyond. 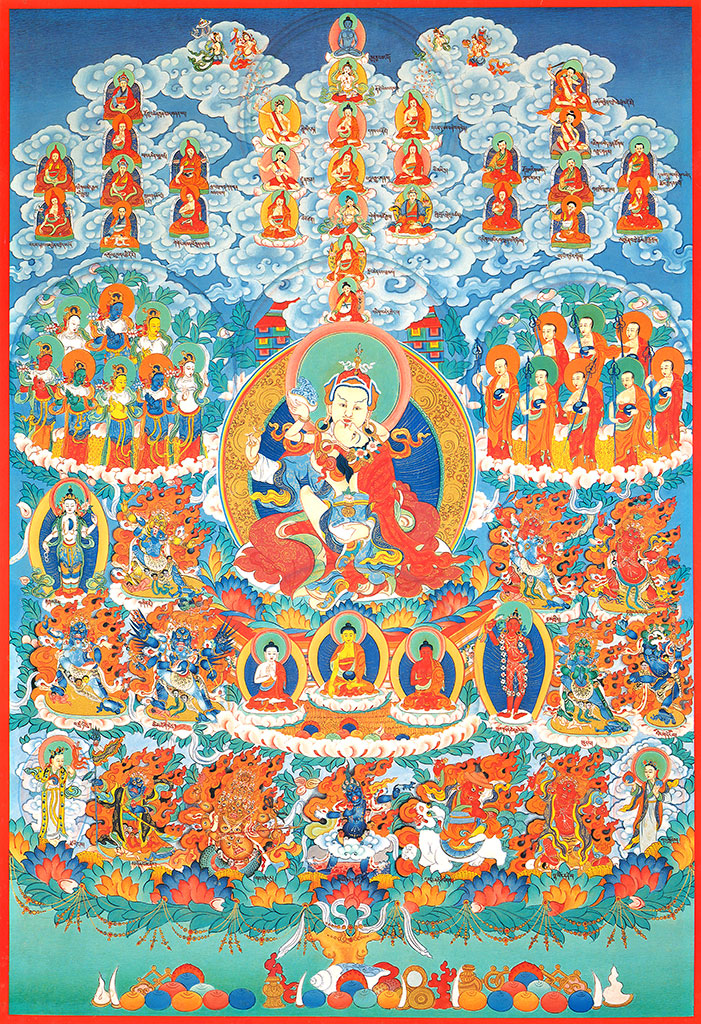