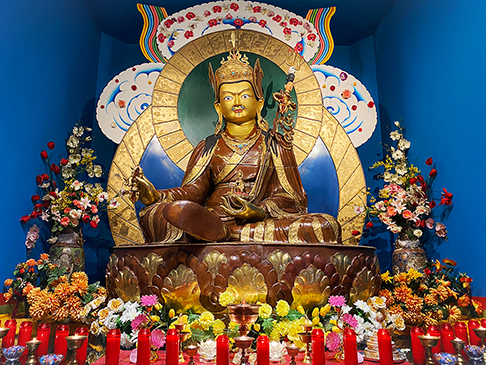 Nyingma or the «early translation school» is the ancient school of Tibetan Buddhism based on the original translations of Buddha’s teachings. Translations into the Tibetan language made until the late X century are known as the Nyingma school. The later ones that emerged from Lotsawa Rinchen Zangpo (958-1055) onwards belong to the new schools including Sakya, Kagyu and Gelug.

The key figure of the Nyingma tradition was Padmasambhava who was invited to Tibet by the king Trisong Detseng (755–797 or 804). Buddhism that originated in India made its way to Tibet as early as IV century but encountered the strong opposition and was under oppression for a long time. It flourished during Trisong Detsen’s rule with the help of Padmasambhava. He completed the construction of Samye monastery where early Buddhist scriptures were translated and, according to his biography, spent more than 50 years in Tibet giving and transmitting teachings. In the human realm, Buddha had been giving mostly the instructions of the sutra vehicle, and Padmasambhava was teaching the tantras. His role in Tibetan Buddhism was so important that he is called Guru Rinpoche which means ‘the Precious Teacher’.

Another great teacher of the Nyingma school was Shantarakshita or ‘the Preserver of Peace’ who introduced the monastic lineage to Tibet and organized the early translations of the Buddhist scriptures into the Tibetan language. It was him who, having faced the strong opposition, advised the king to invite Padmasambhava to Tibet.

The unique element of the Nyingma school is Nine Yanas (vehicles) which is a system of spiritual practices and approaches bringing together aspects of Buddha’s teachings in a practical way.

The three vehicles of the Sutrayana lead from the origin of suffering. They are 1) the Vehicle of Sravakas; 2) the Vehicle of Pratyekabuddhas; and 3) the Vehicle of Bodhisattvas. All three imply the path of renunciation; the first two belonging to Hinayana or the smaller vehicle (for those who aim at personal liberation) and the latter belonging to Mahayana or a Great Vehicle intending for liberation of all beings.

The three vehicles of Vedic asceticism are 1) the Kriya Tantra; 2) the Charya Tantra; and 3) Yoga Tantra. The three secret vehicles of powerful transformative methods include 1) Mahayoga; 2) Anuyoga; 3) Atiyoga. The teachings of Atiyoga also known as Dzogpa Chenpo or Great Perfection exist exclusively in Nyingma school.

The Nyingma school is characterized by two ways of transmission of the knowledge named ‘kama’ and ‘terma’. The term ‘kama’ refers to Buddha’s teachings that have been transmitted orally from masters to disciples which later became the written collection of instructions. ‘Terma’ are the transmissions in the form of ‘hidden treasures’ that were concealed by Padmasambhava for future generations and destined to be found in due time by tertons (‘the discoverers’). Terma are subdivided into ‘earth terma’ (teachings that are concealed in physical objects such as scrolls) and ‘mind terma’ (destined to arise in mindstream of certain tertons). 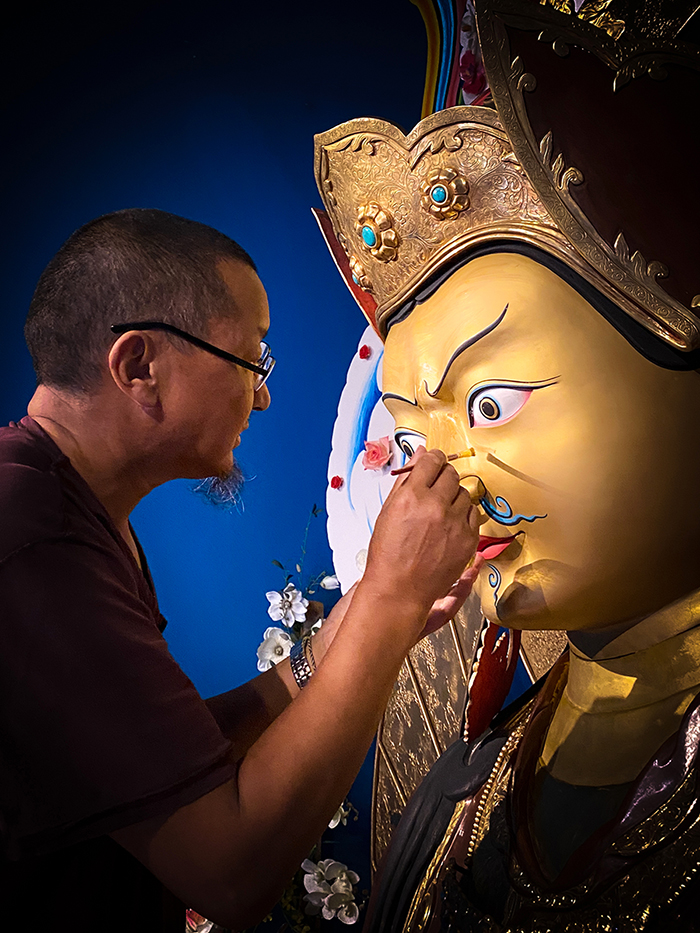